Last week I listed two of these exhibition souvenir miniature sheets on eBay. Known as the third of The London 2010 Festival of Stamps Souvenir Sheet issues. These particular sheets contain eleven different Machin definitives laid out vertically and horizontally se-tenant.

To my complete surprise both of the lots were snapped up with an end price of £29.95.  I had no idea what they were worth but had previously seen them advertised privately at £50 -£60 each. This is a big markup. Originally I paid just face value for the two sheets. So I am not complaining as I had a good mark up too. 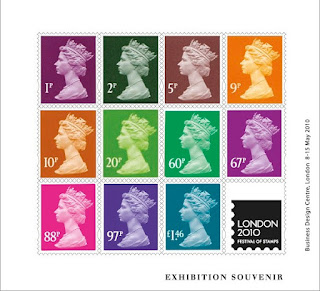 For some reason after the sale I was originally a little bemused, not thinking they were anything extra special myself. Although the sheets look very nice I guess I did not expect so much interest them or for them to sell at all for that matter.

On reflection now I can see that they are a little special in a way. Other than being printed se-tenant what else makes them such an attractive and I guess as it turns out a sought after little item?

The answer to this is they are a long way different from the original De la Rue equivalent sheet values. Because they are different to sheet printings collectors not only wanted the complete exhibition sheets but some also wanted copies of the horizontal and vertical pairs. Other specialised MCC and Deegam collectors wanted the individual single values too.

As these exhibition sheets were printed by Cartor, forward thinking dealers snapped them up and they seemed to sell out very quickly. Knowing in advance that there would be a market for them with the usual supply and demand comes a potential profit.

Doing a quick search the current Market price carries between of £40 - £100 +. Will these values continue to rise in the  years to come? I have a feeling in my water that £50.00 may be the settled retail price , but with Machins you never know. The Cartor sheets also show marked differences in shades to the normal sheet stamps printed by De La Rue.

Run of the mill catalogues such as Stanley Gibbons Collect British Stamps  and SG Concise usually only assign a number to the whole sheet. On the other hand the specialist catalogues should have allocated eleven new numbers to the individual stamps.

The End Of A Era 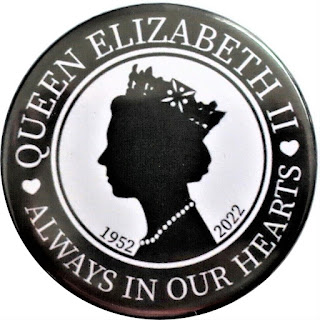 The end of the Machin

For most every Machin collector that I know they are not only sad at the passing of our long reigning Monarch but some are also saddened because eventually it will also be the end of the long running Machin design that has graced our definitive stamps since 1967. Others will be happy as the new barcoded stamps did not meet everyone's approval. In Fact a lot of collectors had already drawn a line under their collections when the new bar coded designs were issued.

What next for the Machin?

It has not been said, but with the recent cross over to bar coded stamps (a very large print run) we can still expect Machins to be sold or exchanged for the considerable future. When the old style Machins are withdrawn in January 23 you can still expect them to be exchanged well into 2023 or even 2024. Eventually they may even start to exchange them for definitivves bearing the image of Charles III. I am only guessing here but with the passing of our queen I envisage for some it will mark the end of collecting new issues stamps completely. It may generate a breed of collector starting off with a completely new collection of stamps bearing the image of Charles III. Sadly it will not be designed by Arnold Machin.

"Further announcements by Royal Mail will be made in the future"

God save the King

Continuing from the previous post.  Here is a copy of a black & white photograph from the National Postal Museum. It has been trimmed and shows the binding margins, both perforation types and the cut lines. The half V cut is at the top left of the sheet. 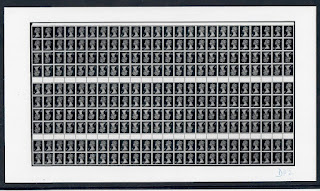 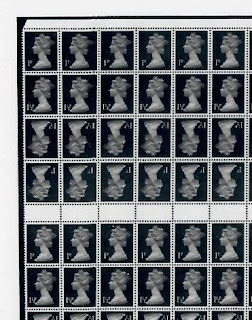